Ecologically refitting this planet has left no stone unturned and when the topic of child care crops up, what to do about those disposable diapers is usually at the top of the list.

In Taiwan, an inventive team of scholars at Chung Hua University are taking a shot at diverting those baby bottom collectors by coming up with a converter capable of morphing disposable diapers into a recyclable, paper-based material. Right now, the prototype doesn’t have a name, but scientists working on the project still call it a “machine.” They’re more hip to outlining the conversion process which they call “stratification.”

Here’s how stratification works when it comes to taking on those dirty disposables.

First, the diapers are washed and then shredded. Once placed in the machine (which is filled with water), the unwoven parts of the diapers are skimmed from the top. The rest of the diapers undergo stratification that separates the fluff pulp, polyethylene, and sodium polyacrylate. Each of these materials is now in a state ready for recycling to create paper, cardboard, and yep, even more… diapers!

The machine, capable of converting 220 pounds of diapers into recyclable materials in an hour, was created to address Taiwan’s use of diapers among the country’s one million babies and half-million seniors and disabled citizens, which combined create up to 6,000 tons of waste daily.

In the bigger picture, once perfected and available commercially, the machine might be an answer to address the waste left behind in a disposable diaper market slated to surpass $75 billion annually by 2020. It could also reduce the cutting down of forests by 864,000 trees a year and (obviously) reduce the number of dirty diapers in garbage and landfills. Currently, up to five percent of waste worldwide is attributable to diapers tossed out after use.

In the U.S., the Environmental Protection Industry has determined that roughly 20 million disposable diapers are annually added to landfills, which amounts to waste as heavy as some 3.5 million tons. It also takes up to 200,000 trees to create disposable diapers every year, while roughly 3.4 billion gallons of fuel oil are required for production.

Hopefully, this invention can help the environment and make disposable diapers a more sustainable option! 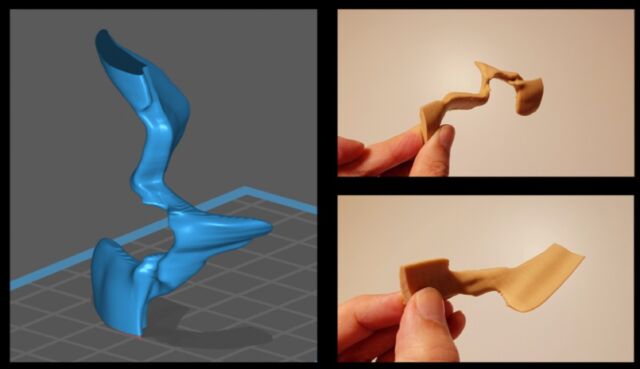